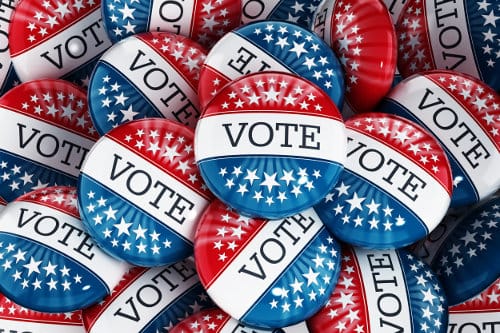 In 2016, the world watched as Hillary Rodham Clinton, a seasoned political veteran with decades of experience at the highest levels of American power had her credibility undermined and her campaign destroyed by a private email server scandal and a series of damaging email leaks.

While many lessons have been drawn from Donald Trump’s remarkable ascent to the presidency, one of the key lessons taken from that race should be that even those at the highest levels of power are vulnerable to coordinated cyber attacks.

As Canada and the United States head major elections in 2019 and 2020, respectively, a major question voters and cyber security specialists alike will be asking is whether or not political leaders have learned anything about the dangers of hacking from the debacle of 2016.

Despite her father’s persistent attacks on Hillary Clinton’s use of private email server during the campaign, President Trump’s daughter and close advisor Ivanka Trump has been embroiled in a very similar scandal. While it isn’t clear whether Trump will pay a political price for this, it is a reminder that cyber security continues to be a news-making issue for political figures on both sides of the aisle.

For this reason, anyone involved in running a political campaign should take pains to ensure that they are using communication channels protected by the very latest cyber security technology to conduct campaign business. For most campaigns, this will mean adopting an integrated end to end encrypted messaging protocol that turns ordinary Android smartphones into state-of-the-art secure communication devices.

Will Political Campaigns Pivot to Encryption?

Encrypted smartphones are the gold standard of communication security. Encryption uses advanced algorithms and electronic keys to scramble messages before they are sent and unscramble them once they are received. Only someone using access to the proper electronic key can decipher the message, which means that even messages that are intercepted by third parties cannot be read.

Cutting-edge options from providers like ChatMail Secure use multiple encryption protocols to provide the highest security. In the case of phones running the ChatMail Advanced Messaging and Parsing Protocol (CAMP), the electronic key is generated on the device and never leaves it, which means that only someone with access to the smartphone can read the messages sent to it.

But while ChatMail provides premium security, it does not do so at the cost of convenience, unlike smartphones from many other encryption providers. A ChatMail phone can send and receive chat messages, image messages, and voice messages, as well as group chats and anonymous group chats. ChatMail phones make it easy to handle security features like setting automatic delete times for messages and generating new keys, and have an intuitive and usable interface.

For these reasons, ChatMail Secure is an ideal encryption tool for political campaigns. Not only does it allow all campaign workers and candidates easy access to tools like chat, it also ensures that all conversations are completely confidential. With ChatMail, there is zero risk that sensitive conversations can be hacked into, because confidential information is never stored on external servers.

There is every sign that the Canadian election in 2019 and the next presidential election in the U.S. are going to be every bit as hard-fought and prone to hacking and manipulation as the 2016 election was. Campaign managers who want to avoid explosive public scandals and interference from foreign agents should avoid the pitfalls of Clinton’s presidential run by adopting cutting-edge encryption tools that will keep their communications airtight.